Krasnoyarsk Scientific School carrying out the multidimensional complex analyses was formed in 1965 under the direction of L. A. Aizenberg and A. P. Yuzhakov; the first one directed the integral representations for holomorphic functions and the second was at the head of the theory of multidimensional residues mentioned in the works of E. Martinelli and J.-P. Leray.

During the years of the school formation the basic principles of the theory of integral representations and deductions have been established, integrated methods were linked with algebraic and differential equations. These studies are reflected in monographs by L. A. Aizenberg and A. P. Yuzhakov; A. K. Tsikh; A. M. Kytmanov; N. N. Tarkhanov; L. S. Maergoiz.

Fundamental results were drawn in complex convexity, which were subsequently used and expanded to the developed theory in the monographs of Scandinavian mathematicians L. Hörmander; M. Andersson, M. Passare and R. Sigursson. The stability problem of two-dimensional digital recursive filters was also solved.

It is widely known that one of the most popular of integral transformations — Fourier transform — plays an important role in the issue of showing the dualistic relations between the wave and the corpuscular theory of light. All the related integral transforms (by Laplace, Mellin, Cauchy and also much later Radon transform describing the principle of modern tomograph operating) have similar properties as, essentially, they are functionals in spaces of other functional objects defined on manifolds.

The effectiveness of integral transformations use is particularly evident within the complex analysis, where, due to the Cauchy-Poincare theorem, i. e. theory of residues, the possibility of exact or asymptotic computation of integrals is greatly enhanced. The theory of residues, which stands at the crossroads of complex analysis and algebraic geometry plays an important role in these maths fields and in their applications too: in the theory of commutative algebra duality, in the study of vector fields, differential and difference equations.

Both approaches are based on two things: the first is the construction of residual nuclei issue, and the second is the issue of natural dual cycles to specified nuclei selection.

Among the first academic scientific schools that were created in Krasnoyarsk and received the world recognition, the School of Environmental Biophysics was founded by the research of Professor Terskova and Professor Gitelzon, Acting member of the Russian Academy of Sciences. Subsequently it was developed by I. I. Gitelzon into modern school of Biophysics and Biotechnology of supraorganism systems.

Methodology for the synthesis of closed ecological systems based on the developed biotechnology of biosynthesis parametric control in populations of microorganisms and plants was developed. It allowed developing «Bios», the first functioning closed ecosystem for human life support remaining unique. Nowadays the research is going on in collaboration with the European Space Agency.

The experimental model of a new generation Bioregenerative life support systems (BLSS) for deep space missions, based on a new approach to the repeating of matter cycle — the biological and physico-chemical «burning» of dead-end vegetable products, which provided BLSS increased resistance and cycle degree of isolation more than 95 % has been calculated and created.

The developed methodology is transferred to the study of nature ecosystems.

Based on the received fundamental knowledge of the mechanisms controlling the synthesis of polymeric macromolecules by bacteria hemoautotrophic a family of bioresorbable linear biopolymers with different chemical structures was synthesized, their basic physical and chemical properties were studied. A family of polymeric medical devices was received from polyalcanoates. A complex biomedical research was carried out, specifications were developed and registered by the Russian State Standard for three types of polymers: for heart vessels prosthetics, for growing cells scaffolds, and for a long deposit of medicines within a body.

The genes and protein structure of emitting ferments — luciferases of several species of animals have been decoded. Based on these research of luminescent ferments and their genes by genetic engineering and chemical synthesis highly sensitive bioluminescent labels for molecular diagnostics (immune-ferment analysis, thyroid and gonadotropic hormones, alpha-fetoprotein, hepatitis B and reagents for the quantitative analysis of PCR products) have been created.

The bases of the theory of goniometric radio navigation measurements of satellite RNS GLONASS — GPS, for the first time in Russia implemented in receivers of IRA-type were created.

Algorithmic and hardware and software for high-precision marine radar station in the UHF wave band and system in the medium-wave range were developed.

A wide variety of Research Laboratories and Centers give opportunities to do research for our faculty, students, postdoctoral fellows and visiting scientists.

Carrying out the multidisciplinary research in next fields: biology (basic), ecology, space research and technologies, including instrument engineering and economics. Three interacting research groups are included: the data gained during many-year observations from the international tall tower facilities as a part of projects studying the dynamics of greenhouse gases in the atmosphere, the data from the satellite data receiving station of Sukachev Institute of Forest (Siberian Branch of the Russian Academy of Sciences) and SibFU geoinformation system.

The laboratory «Bioluminescent biotechnologies» was created under the direction of Nobel Prize winner professor Osamu Shimomura with the support of the Russian Federation Government.

The Laboratory was created in June, 2014 with the supported of the Russian Federation Government.

The main laboratory mission is based on the development of integral methods for multidimensional complex analysis, and the spectral theory of differential equations methods and their implementation to solve fundamental problems of modern mathematics. Particularly, special attention is paid to the problems of digital signal processing, theoretical physics, complexity theory.

Goals and research focus: organization of research, design and pilot production of the biodegradable material based on polymers of microbial origin.

The foundation of «Biotechnology of new materials» laboratory at SibFU to create a scientific basis and the experimental point of convenient use of biodegradable PHAs polymers to develop new high-tech biomedical technologies.

The laboratory was created in April, 2014 in the frame of the project «Genomic studies of the main boreal forest forming conifer species and their most dangerous pathogens in Russian Federation» funded by the Russian Federation Government.

The main objective of the project is the creation of new, competitive, modern, dynamic and well-equipped laboratory of Forest Genomics, integrated both in scientific and educational SibFU infrastructure, able to carry out modern scientific research including those stated in the framework of the full genome sequencing, comparative analysis and annotation of genomes in main forest-forming species of the Russian Federation — Siberian larch (Larix sibirica Ledeb.), Scots pine (Pinus sylvestris L.) and Siberian stone pine (Pinus sibirica, Du Tour.) and their most dangerous pathogens, primarily fungi belonging to the complexes Armillaria mellea s.l. and Heterobasidion annosum s.l., which cause catastrophic shrinking of Russian boreal forests aggravated by established decrease in precipitation and a simultaneous increase in surface air temperature in the physiologically important periods for woody plants , frequent in the last two decades and likely related to global climate change.

In addition, this project will help to get important information and develop highly informative molecular genetic markers, which can be effectively used to determine the origin of wood, to study and monitor genetic variation of coniferous forests, their adaptation to climate change and to create a breeding and nature conservation programs. These very problems have been stated as the highest priority for the forestry in the Integrated Biotechnology Development Program in the Russian Federation for the period until 2020, approved by the Government of the Russian Federation, April 24, 2012.

Dr. Konstantin Krutovsky, a leading researcher at the N. Vavilov Institute of General Genetics, Russian Academy of Sciences, Professor of the University of Göttingen (Germany) and Texas A&M University (USA). 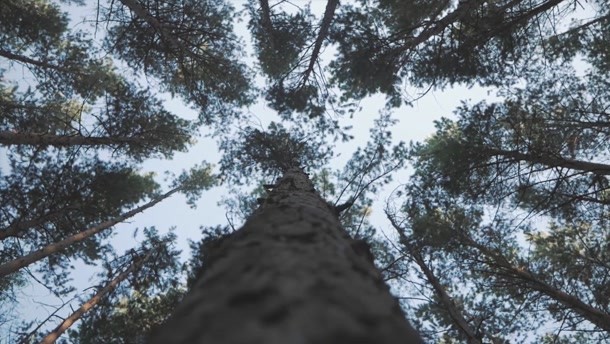 Laboratory for nonlinear optics and spectroscopy

The Laboratory for Nonlinear Optics and Spectroscopy of Siberian Federal University warmly welcomes any talented students to join our Lab. You will get an extensive research experience and become involved in the international projects we are doing together with our colleagues worldwide. You will be able to attend various PhD courses related to the lab’s research. We are a young and developing research group of talented students and postdocs and you will have much fun if you join the team. Our students tend to attend international conferences and visit international research centers. The visits are supported through internal funding and external grants.